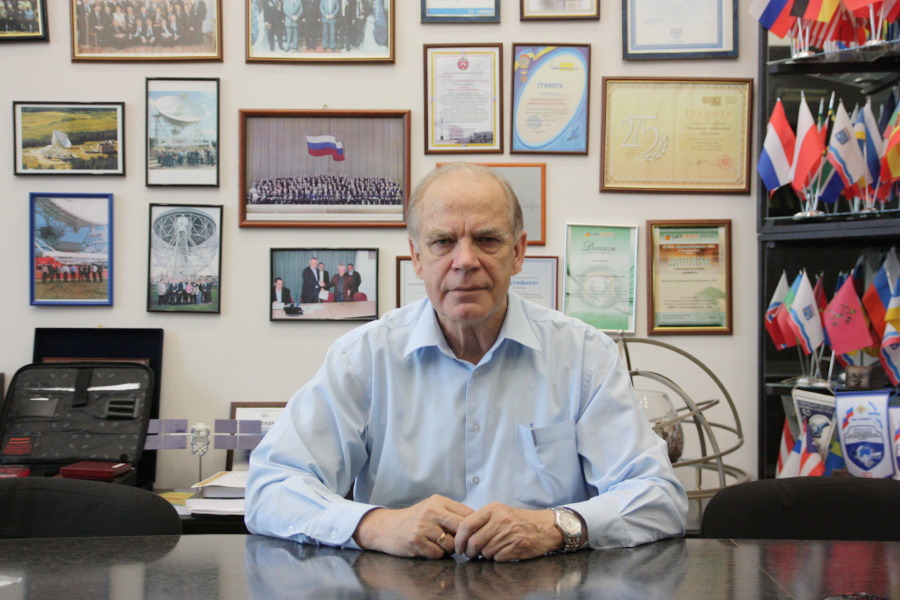 Alexander Ipatov was born on April 14th, 1945 in Belarus, USSR. He graduated from the Radio Electronics Faculty of the Leningrad Polytechnical Institute in 1970 as a specialist in radio physics. He was given the Academic status of Doctor of Science in 1997 and Professor in 2005. In 2004 he was awarded The Prize of the Russian Government for the Development and Creation of the New Generation Radio Telescope for Space Research. In 1988 Alexander Ipatov became the Vice-Director of the Institute of Applied Astronomy RAS (IAA RAS); from 2011 to 2017 he was IAA RAS Director. In April 2017 he became IAA RAS Scientific Director. Alexander Ipatov is the head of the Department of Applied Radio Astronomy at the Peter the Great Saint Petersburg Polytechnic University and the head of the Department of Radio Astronomy at the Saint Petersburg Electrotechnical University “LETI”. Alexander Ipatov is a member of the following well known international and Russian scientific organizations and councils:

Alexander Ipatov is an expert in radio physics, radio astronomy, radio interferometry and radio astronomy engineering. He authored or co-authored more than 300 publications including 2 monographs.