NAA-2 provides an easy access to useful navigational publications aboard a ship. NAA-2 and NAY are of the same size, but NAA-2 is more informative and does not require any additional publications for observation processing, while giving the same accuracy of basic astronomical parameters as NAY.

According to the resolutions of International Astronomical Union (IAU) the computing of ephemerides is based on the modern theory of celestial bodies motion which provides accuracy sufficient for analytical research and practical applications. To calculate positions of the Sun, the Moon and major planets of the Solar System in NAA-2 the EPM2004 domestic ephemerides theory. NAA-2 gives star positions in FK6/HIPPARCOS stellar catalogues based on Very Long Basis Radiointerferometer observations of extragalactic radiosources (VLBI).

NAA-2 consists of two parts: the first one deals with variable parameters of daily tables computed in IAA RAS, and the second one concerns constant parameters (interpolation tables and tables of altitudes and azimuth of celestial bodies). The original way in which ephemerides are presented allowed to noticeably extending NAA-2 informative capabilities. NAA-2 includes detailed algorithms of solving the main practical astro-navigation tasks, such as compass error calculations and determination of a vessel's position by stars and the Sun.

Such issues as "Application of marine sextant", "Use of celestial globe and of stars charts" are presented in NAA-2, as well as the universal altitude correction schedule and a new fixing position plotter. These paragraphs are written by Prof. G.A.Golubev (Admiral Makarov state maritime academy).

In conformity with the STCW95 Code provisions, every watch officer, chief mate and master should be able to use classic methods of nautical astronomy, so they will surely appreciate the new "Nautical astronomical almanac" available.

"The Nautical astronomical almanac" has been approved by Department of Safety of Navigation of the State Marine Fleet Service ROSMORFLOT of the Ministry of Transport of the Russian Federation. NAA-2 biennial is recommended to be used by deck officers of Russian ships.

The sample of two-page opening of daily tables of NAA-2: 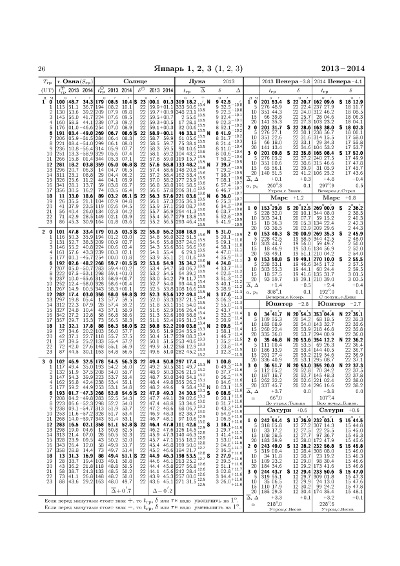 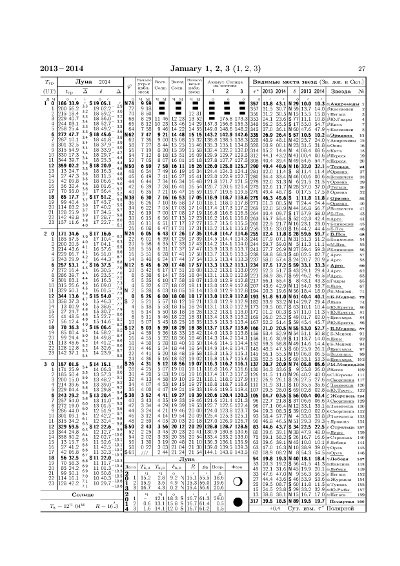