The first Israel's spacecraft for landing on the Moon, created by a private company. The spacecraft reached the lunar orbit, but was lost during a landing attempt in April 2019.

Spectrograms of Beresheet spacecraft signal obtained from observations of the RT-32 radio telescopes at Svetloe and Zelenchukskaya observatories on April 11, 2019. The frequency of the spacecraft transmitter is represented by a bright line changing with time. 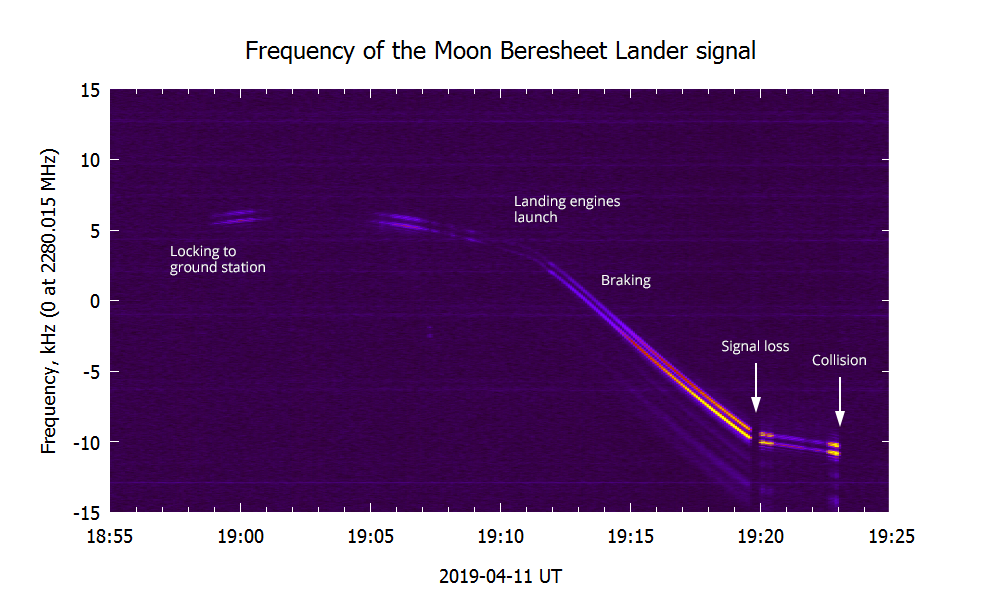 Spectrogram of Beresheet spacecraft signal during the landing phase on the lunar surface. The Doppler curve shows acquisition of signal and locking to ground station at 18:59 UT after the spacecraft passed over the far side of the Moon. The launch of the landing engines starts at 19:11-19:12 UT and this is followed by spacecraft braking. Spacecraft control was lost at 19:19:40 UT. Then Beresheet began to fall, and the collision occurred at 19:23 UT (the signal was lost). Significant multiplication of the signal is probably due to reflections from the lunar surface. 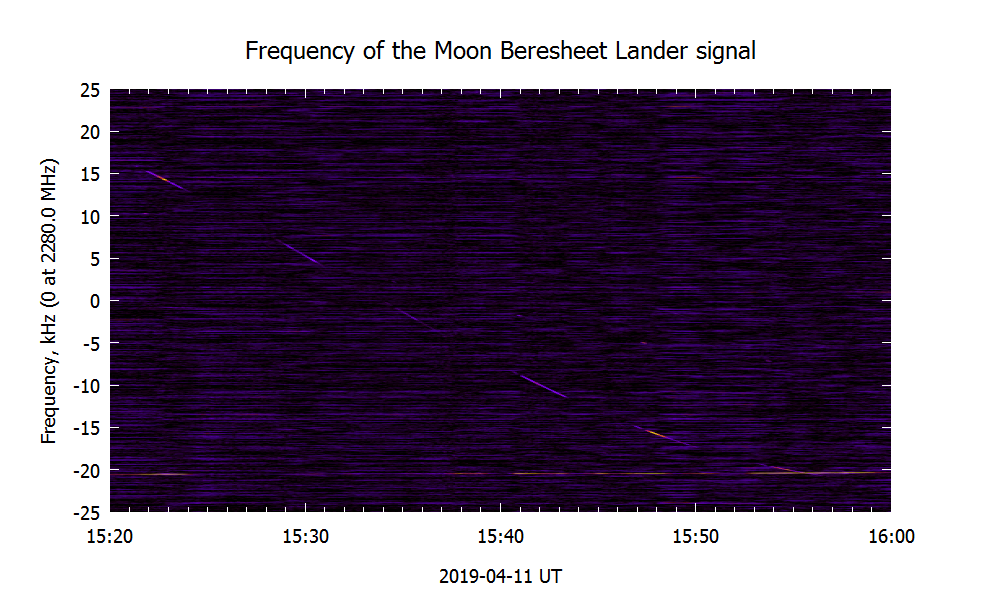 The spectrogram of Beresheet spacecraft signal during one of the last pass over the near side of the Moon before the planned landing. The periodicity of the signal and its intensity are due to the spacecraft's own rotation.